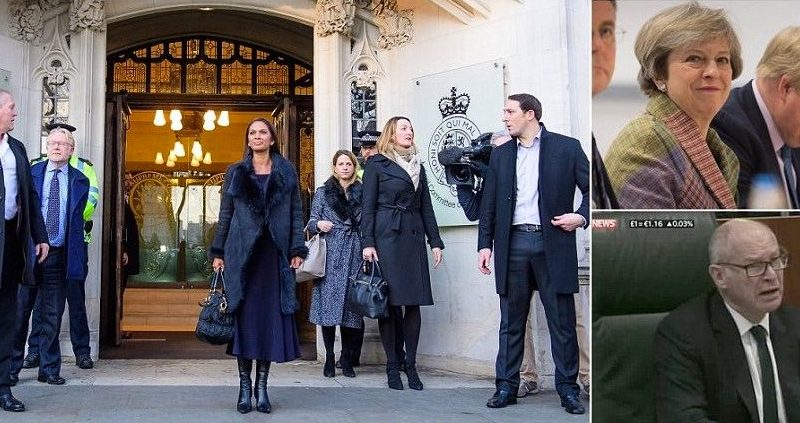 Given that sovereignty seemed to be an important issue for leave voters it is bizarre that they now object to UK law being enacted to uphold UK sovereignty. It would seem that Brexiters only accept due process and the law when it agrees with their stance.
The Daily Mail leads the way in Brexit bile

The lack of a Parliamentary vote would mean that the future of the country would be decided by a small group of people led by an unelected Prime Minister. Anyone who supports democracy should welcome the ruling of the Supreme Court.

It is also extraordinary that a leading Brexiter, Iain Duncan Smith, doesn’t even seem to understand what the ruling was about. After the ruling he stated that the Supreme Court judges “they’ve tried to tell Parliament how to run its business”.

As the Independent reports the ruling clarified the law of the land of how the Government should run its business, by relinquishing the decision on triggering Article 50 to sovereign Parliament.