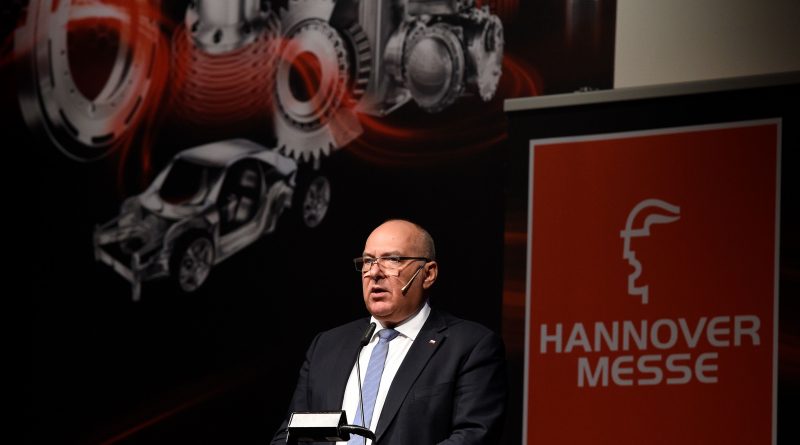 This April at the world’s leading trade for industrial technology, Poland will be stepping out on stage in front of an international audience at Hanover Messe 2017 to make its case as an attractive partner in a large and diverse range of industries. But will the UK be left behind? Andy Pye spoke to Tadeusz Kościński, Poland’s Deputy Minister of Economic Development.

Kościński is one of the UK’s most successful Polish immigrants. He is a graduate of the Goldsmith’s University of London and worked in the banking sector throughout his professional career. On 27 November 2015, Kościński was appointed Undersecretary of State in the Ministry of Economic Development. He is responsible for the development and implementation of rules governing trade between the European Union and third states, issues related to economic security and supervising the provision of services related to electronic signature.

Kościński says that, apart from domestic re-industrialization, the country’s main economic focus is on opening up foreign markets and supporting innovative Polish companies. Around 150 of these companies will feature at this year’s Hanover Messe, mainly showcasing energy and IT. The Hanover Fair (Hanover Messe) is the largest European manufacturing and automation exhibition and the fairground makes the NEC in Birmingham look like a phone box.

Moving seamlessly from English to German to Polish, Kościński explained his country’s objectives heading into HANNOVER MESSE 2017: “Our country’s development must be sustainable and it must be driven by an innovative industrial base. Among the core components of this base I would name industrial automation and industrial IT, energy, alternative powertrain solutions, and compressed- and vacuum-air technologies. Many Polish companies are already developing Industry 4.0 technologies and are thus highly attractive partners for foreign companies. Poland is also an extremely desirable destination for foreign direct investment. Another objective of our Partner Country showcase is to send a clear signal to the European Union that re-industrialization is the way forward for us all. The Polish government sees re-industrialization as one of its most important objectives.”

Poland’s government has clearly set out its economic policy direction in what has come to be known as the Morawiecki Plan. Apart from re-industrialization, the plan gives priority to support for innovative companies, to digitalization, and to greater development of foreign markets. Under the plan, Poland also wants to remain an attractive destination for foreign direct investment, while at the same time encouraging private domestic investment.

Digitalization of Poland’s manufacturing processes is proceeding rapidly, with digital manufacturing technology accounting for 4.1% of the nation’s GDP in 2015. Moreover, the Polish government is actively supporting the process of economic digitization with an extensive program of financing options for the R&D sector. Another core focus of Poland’s overall economic strategy is energy. The renewable portion of the country’s total energy mix currently sits at just 7 percent but is prioritized for expansion. The Polish government is also very committed to supporting start-ups, and in June last year launched a “Startup Poland” programme. The programme, which has a total budget of 3 billion Polish Zloty (PLN), will provide funding and development support for around 1,000 start-ups over the next few years.

Poland has been enjoying rapid and stable economic growth for many years and is one of the five most dynamic economies in the European Union. The country’s ongoing program of infrastructure modernization has brought significant redevelopment to its national road network, airports, railroads and public buildings and is a major magnet for investors from all around the world. Moreover, Poland also receives extensive EU funding, which is invested in infrastructure projects, research and development, business development initiatives, eco-friendly transportation options and digitalization.

According to Germany Trade & Invest (GTAI), this mix of strong gross fixed capital formation and EU funding are a boon to the mechanical and plant engineering industry, with Poland’s machinery imports increasing by 12 percent in 2015 alone. Sales of metalworking machinery also grew by a double-digit figure over the same period. Demand for new technology is booming in Poland’s energy sector. In 2015, the sector’s import-to-GDP ratio increased by 16% on the back of sustained investment in electric generation and distribution infrastructure.

Poland’s biggest bilateral trading partner is its immediate neighbour, Germany. Poland’s other key foreign markets are the UK, France, Italy and the Czech Republic, although it is increasingly also focusing on markets in Asia and Africa.

German companies are amongst the biggest investors with EUR 30 billion annually coming in from manufacturing, and the finance and services sector. Activities include the VW car plant, the Daimler diesel engine plant and the manufacture of BASF gas catalytic converters. Also, Poland is the sixth highest investor in Germany. Overall, the aim is to promote Poland as a source of high tech solutions. “Being next-door neighbours, Poland and Germany are already strong partners,” says Jochen Köckler, a member of the Managing Board of Deutsche Messe, the trade show’s organizer. “At Hanover Messe 2017, Poland’s industrial sector will demonstrate its innovative spirit and its dynamic uptake of digitalization – factors that make it a key player on the global stage.”

I asked Kościński whether he sees Brexit as an opportunity or a threat. “Both,” he replied. “There is no doubt that we are sad to see the UK leave the Community. It is always sad when a major member of any club chooses to leave. But equally we see it as a major opportunity. Companies are looking to see where else in the EU they can set up operations. We have already seen major commitments of investment in Poland, especially in the financial services industry, where companies are setting up offices for their advisers to report back to their offices in London. We have a willing workforce of 38 million people waiting to assist.”

Kościński doesn’t anticipate a major change in relations with the UK, though he says that much depends on what the British Government ultimately comes up with, especially in relation to the large number of Poles resident there. He says that the majority voted to Leave the EU and Poland has to respect that.