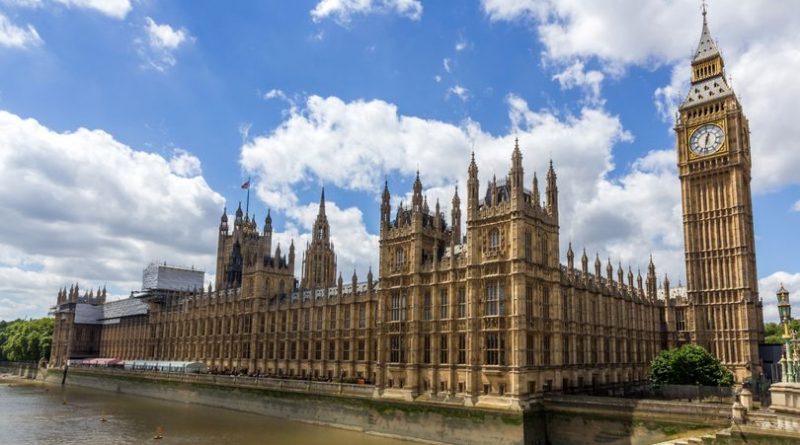 For god’s sake man, get a backbone and take responsibility for your actions!

I received this absurd email from my leaver MP.

Thank you for your correspondence regarding the UK’s withdrawal from the EU, and specifically the EU withdrawal agreement.

You are not alone in your concerns as I have received literally thousands of communications from constituents about this issue.

In terms of the current agreement, the Prime Minister has worked incredibly hard to try to secure an agreement with an intransigent and often arrogant EU, and she deserves our respect for doing so.

It seems to me that the people’s vote took place on 23rd June 2016, when people voted to leave the European Union. It was a binary choice – yes or no. It seems clear to me that those attempting to overturn the vote, by claiming that people didn’t understand this simple choice, are insulting and deeply patronising to voters. It is also clear that the overwhelming majority of those behind the call for a second referendum want the UK to remain in the EU and this is their prime motivation for suggesting a second vote which is why they want the option to ‘remain’ to be on the ballot paper.

A second referendum would be a recipe for chaos, confusion and further division.

The current Withdrawal Agreement and backstop would lock us into an indefinite customs union, over which we have no say, and require us to get permission from the EU to leave. It is tantamount to imprisoning ourselves, giving someone else the key, and then hoping to negotiate our release.

Not only is there no guarantee of a trade deal at the end of this transition period, there isn’t even a guarantee that we will take back control of our laws. This could mean that unacceptable red lines, such as UK sovereignty over Gibraltar or our fishing waters, are undermined in the negotiation.

The EU has proven an underhand and bad faith negotiator and signing up to an open-ended backstop in the hope that they will turn over a new leaf would be reckless and naïve.

It is now clear that the ball is in the EU’s court, they must rescue their deal by treating Northern Ireland as much a part of the UK as England, Wales and Scotland. They must amend the Agreement by removing, time-limiting, or allowing unilateral withdrawal from the backstop.

I am, however, also optimistic about our future should we follow a managed transition to the existing World Trade Organisation system in the short term, coupled with the rapid negotiation of free trade agreements over the coming months and years.

Indeed, I am pleased to see that the Government is preparing the UK for a no deal outcome by agreeing the aviation regulations, ensuring that free trade deals are in the pipeline and putting in place regulations for a WTO transition, if needed.

In the absence of a Withdrawal Agreement it may well be the best and only option, guaranteeing that we take back control and restore our ability to negotiate free trade agreements globally whilst, at the same time, securing the footing for a substantially better free trade agreement with the EU.

Thank you once again for getting in touch.

So, I sent him this reply,

Dear Mr Afriyie,
I am writing to you with reference to your email of 19th of December 2018 (case Ref:AA7838). You make a number of ridiculous and unsubstantiated claims in that email. However, I am writing to you today with regards your language and attitude to the EU, as demonstrated in these quotes:

I find it highly unprofessional for, you, a representative of the British people to use this tone. This is disgraceful and insulting language to use about our European friends and colleagues. If you expect us to give any credence whatsoever to your comments, then you must think we are stupid.

You may not like the position the EU has taken, but in the negotiations they have, quite rightly, just been protecting their own interests. May I remind you that it was the United Kingdom that has brought us to this point not the European Union.

The decision to leave was never going to go smoothly as there was no way that the UK was going to achieve the absurd fantasy of ‘getting its cake and eat it’ as many leavers claimed. The (quite predictable) chaos we now find ourselves in, and the damage to this country that has already occurred, and the damage that is yet to come is solely the responsibility of those, like yourself, who voted to leave.

Trying to blame the EU for a bad decision made by the UK is irresponsible, divisive and laughable.

For god’s sake man, get a backbone and take responsibility for your actions!

I wonder if he’ll take my advice.