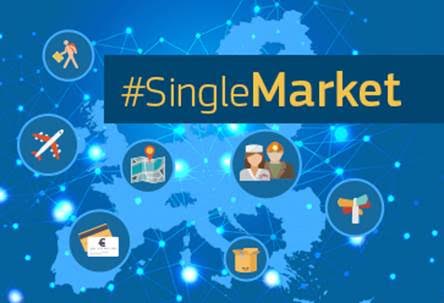 An article written on 19 January by Brendan O’Neil in the Spectator Blog claims that voting ‘leave’ meant leaving the single market – and most voters knew it. Andy Pye explores the underlying statistics and begs to differ.

O’Neil cites examples of statements made by Leave and Remain campaigners alike that this would be one of the implications – or at least risks – of leaving. Conversely, we have all see the Open Britain video clip of leaving Leave campaigners saying – prior to the referendum, that Leaving the UK did not mean leaving the Single Market.

Those messages make uncomfortable reading when you look at the post-referendum discussion of what Britons voted for on June 23.

So which is it? Andrew Neil attacked the video clip, and showed that many of the quotes in this clip were from conversations a long time prior to the Referendum, in some cases as along ago as 2009, so questioned how much weight should be attributed to them. That said, a detailed study of Nigel Farage’s remarks in particular would imply that he continued to say that the UK would remain in the Single Market.

We do know that Farage himself said less than two months after the poll that remaining in the Single Market would be a “betrayal” of the 17.4 million people who voted for Brexit.

So, undeterred, O’Neil continues: “It is a myth — dare I say a lie — to say people didn’t know single-market membership would be thrown into question by their voting Leave. They knew this very well. We can deduce that they voted Leave either because they also wanted to leave the single market or because they believed the risk of leaving the single market was a price worth paying for getting out of the EU oligarchy. In fact, a YouGov poll this week shows that 74 percent of Leave voters want a hard Brexit. Among the population more broadly, 39 percent want a hard Brexit and 25 percent a soft Brexit. People didn’t know single-market membership was at risk? An insulting lie.”

This can be questioned on two counts: firstly, even as recently as last November, mixed messages were coming from Government ministers. David Davies was talking about paying for membership of the Single Market, Boris Johnson asserted that Britain can get an even better trade deal with Europe after it leaves the EU, dismissing concerns about leaving the single market, and Liam Fox seemed to contradict himself on the same day, aiming for leaving the single market while enjoying free trade with the EU.

So if Ministers talking six months after the referendum did not know whether or not Brexit means leaving the Single Market, it is hard to believe that voters had a clearer idea at the time of the referendum.

But for those of us who enjoy maths, the second assertion is much more interesting: the YouGov poll finds that 74% of Leave voters want a hard Brexit. Taking it at face value, that would mean that just over half that number of the total population want a Hard Brexit – that would amount to around 38%, so in broad agreement with the conclusion that 39% want a hard Brexit.

Meanwhile, a Guardian poll released on 11 February 2017 finds that just 35% back Britain leaving the EU without agreement from the other states – again broadly in agreement with the YouGov figure of 38% mentioned above. Allowing for margins of error and poll selection, this gives credibility to both results.

What does this mean? Simply that according to YouGov, 61% of the total population do NOT want a Hard Brexit and 26% of the Leave voters do NOT want a Hard Brexit. A result of course which is completely at odds with the assertion in the article that it is “a myth — dare I say a lie — to say people didn’t know single-market membership would be thrown into question by their voting Leave.”

Sunk by his own statistics, I’m afraid. The Referendum clearly shows that 61% of the population did not want a Hard Brexit, and if this exercise is really about the will of the people, let’s have a bit more respect for it.

Further on in the piece, O’Neil asserts: “Lord Ashcroft’s post-referendum poll found only 33 percent of Leave voters gave immigration as their ‘main reason’ for voting out.” So if this is so, and the only reason to justify a hard Brexit is to control immigration, why are we following this hardline policy when about 83% of the population do not see it as a problem? And why are these anomalies not picked up in Parliament, who are supposed to be the guardians of representative democracy?