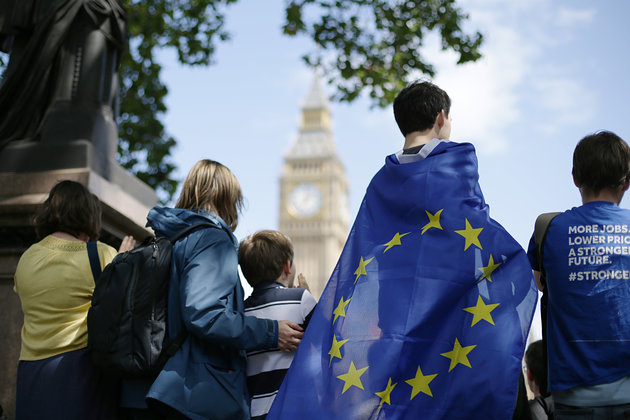 This is a note from a EU national, shared with permission, who has found that the life turned upside down not by the referendum, but by the stance this government has taken in relation to the EU citizens living and working here for many years.

I want to explain why Theresa May should have unilaterally guaranteed the rights of EU Nationals who are currently living in the UK. Months ago.

1) Friends say to me “But you’ll be ok! You’re so British, you’re married to a Brit!” To be honest, I thought so too, before the referendum. However, it turns out that being married to a Brit does absolutely nothing for me, I have to earn my own rights. And it turns out that I am ok, because I happen to have 5 consecutive years of “exercising treaty rights”. Simply living here for 5 years does not give you the right to stay, despite what many people think. There are technicalities, like needing comprehensive sickness insurance (CSI) if you don’t work, that no-one ever tells you about because the UK does not register its EU nationals like most other EU countries do. If I had been a stay-at-home mum like many of my British friends, I would now not be able to get my Permanent Residence card, because I would never have taken out CSI, because I simply didn’t know about it.

2) Friends say to me “But they’re not actually going to deport anyone!” True, I don’t really think they’ll deport anyone (apart from anything else, they don’t easily know where to find the people to deport, again because they don’t register anyone). The thing is though, the UK delegates its immigration enforcement to banks, businesses, landlords. There’s already a pilot scheme to delegate its immigration enforcement to GPs and hospitals. So post-Brexit, an EU national who doesn’t get their rights confirmed won’t be able to get a mortgage, or buy or rent a house, or be seen by a doctor or get treatment at a hospital. (Some of this is happening already by the way, even though at the moment it can still be fought and challenged).

3) Friends say to me “But Theresa May does have a point, she should also be on the lookout for UK citizens in the EU!” First off, the representatives of large interest groups of UK citizens in the EU, who came to give evidence to the Brexit Select Committee that I attended, unanimously said they wanted Theresa May to give a unilateral guarantee of rights to EU nationals in the UK. On the 7th February, the co-ordinator of a campaign group for UK citizens in France wrote a letter to the government, having listened to their House of Commons debate last week, saying “While I appreciate your concern for our welfare as UK citizens, I must make the point to you, very strongly, that we ourselves have argued that the rights of EU citizens living in the UK should be guaranteed immediately and unilaterally, before Article 50 is triggered.” We are people, not bargaining chips. It’s a meaningless negotiation tactic anyway, it doesn’t work on legal, moral, economic or political grounds. Theresa May would have won so much goodwill had she seen fit to simply guarantee our rights last summer.

4) Friends say to me “But all this will get sorted eventually!” Yes, I believe that too, it will get sorted eventually. I’m very hopeful that the CSI issue, and the other technicalities will get sorted, probably in the next year and a half. But in the meantime, the uncertainty is translating into so much discrimination already. I have so much anecdotal evidence – a simple example is an EU national applying for a job. The applicant is asked if he has a right of residence. They say ‘yes, I’m an EU national’ (and the Home Office keeps insisting that no rights have changed as we are still in the EU). The potential employer says ‘Ok, that’s fine’ (because legally that’s what they have to say). But the applicant doesn’t get a call-back, and doesn’t get the job.

So yes, I trust and believe it’ll all be ok in the end, but in the two years it will have taken, it will have caused untold anxiety, stress and insecurity. The impact on affected families, carers, elderly, disabled – has been terrible. And so unnecessary.