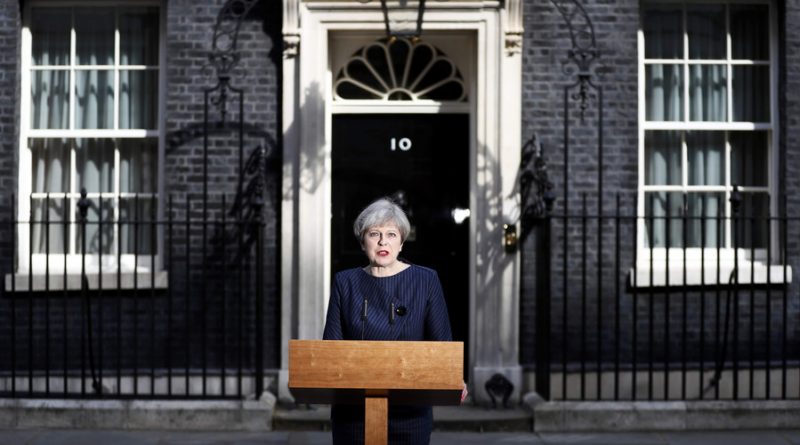 Why did Theresa May call a snap election?

The media was rife with mystery as to why Theresa May called a snap election. After all, she already had a majority, she’d announced her intention to implement a hard Brexit and, therefore, had a mandate for carrying it out. So, what would she gain from calling an election?

Well, the clue came from the local elections. The vote for UKIP was wiped out. That has her been her intention all along and her goal for the general election.

UKIP as an organisation will accept nothing less than a hard brexit. So, only with UKIP destroyed will she have the flexibility to negotiate a deal with the European Union that saves the United Kingdom from disaster. And that will mean staying in the single market and the customs union. That will be a win-win scenario for her legacy as she will safeguard the economy and also fulfil the ‘will of the people’ by leaving the European Union, and salvage the Tories from the rupture of the further right branch of the party.

Slowly, but surely, she has been adopting the same stance and policies promoted by UKIP, with regards to leaving the European Union. In doing so she has hoovered up the UKIP votes and through the general election UKIP will be annihilated. This will give the Theresa May the leverage to go for a softer deal and by the time the deal is done UKIP  will have disappeared from the political scene and it will be tool late for them to do anything about it.

Theresa May realises this is the only way that both Brexit can be delivered and economic and social disaster can be avoided.

Since the referendum on the 23rd of June 2016 the impact of Brexit has become much more apparent, here are some those factors likely to have informed Theresa May’s position that a hard Brexit would be untenable:

The legacy of the ex-Prime Minister David Cameron will forever be tainted by being known as the person who started the process for the isolation and economic degradation of the United Kingdom.

The current Prime Minister Theresa May will have that uppermost in her mind and would want to avoid a similar fate, of being known as the person responsible for the the final destruction of the United Kingdom.

Theresa May will not want this to be her legacy. She is not stupid and is aware of the above issues, and that they would be catastrophic for the United Kingdom and her own legacy and reputation.

The purpose of the general election is to hijack the UKIP electorate. With UKIP destroyed she will have a free hand, and mandate, to lessen the impact on the United Kingdom by retaining membership of the single market, along with freedom of movement, at the same time as successfully delivering the explicit decision of the referendum. This will appease some leave and UKIP voters, but, of course, not others, not the hard-core UKIP voters.  Once the deal is done the hard core of UKIP may try and regroup and stage a counter attack, but by then they will be a much diminished movement shouting into the wind, and it will be too late.

Will Theresa May do this? Well, it is not yet certain, but if you knew what she knew and wanted to avoid being known as the woman responsible for eradicating the United Kingdom from history, what would you do?