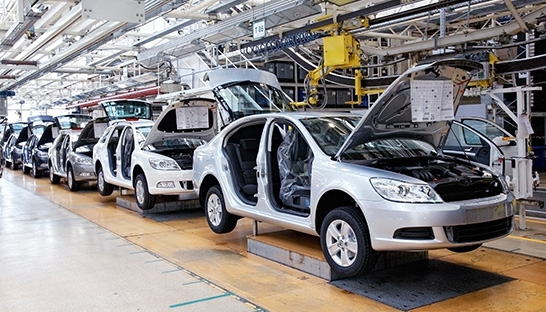 29 March 2017: The Society of Motor Manufacturers and Traders (SMMT) today renewed its call for the automotive industry to be at the heart of negotiations, as UK government triggered Article 50, formally starting the historic process to withdraw Britain from the European Union. As a highly-integrated sector that has maximised the benefits of the European single market, this is perhaps the most significant threat to the competitiveness of the UK automotive sector in a generation.

The UK automotive industry employs more than 800,000 people across the country, including manufacturers, suppliers, retailers and the aftermarket, contributing £18.9 billion to the economy. The industry is on a roll, with 2016 the best year ever for new car registrations, car production at a 17 year high with record exports and the EU’s highest productivity levels. Much of this success is due to our global competitiveness, a competitiveness drawn from economic and political stability, investment, a highly skilled workforce and beneficial trading conditions with our biggest market.

The biggest market – by far – is Europe. Total automotive trade with the EU is worth more than £42 billion – nearly seven times the value of our next biggest trade partner, the US. The sector is deeply integrated within the European automotive industry. Nearly 70% of the cars we buy come from European factories, more than half our new car exports are destined for European markets and the tens of thousands of parts that make up a car cross European borders multiple times. We need both sides to reach a deal which protects this friction-less, “just in time” movement but one which also avoids tariffs, harmonises regulation and ensures the European and UK automotive industries remain the engine for growth, innovation and jobs.

The UK automotive industry trades around the globe. We want the UK to exploit new markets, but this should not be at the cost of our biggest trading partner. Substituting one market for another is not straightforward given differing consumer tastes, regulation and market access. We need a trade policy aligned to a strong industrial strategy that supports the specific needs of the sector for all the investment, reshoring and export opportunities. We need an outcome that maintains growth, innovation, consumer choice and the long-term future of the industry.

Mike Hawes, SMMT Chief Executive, said, “Triggering Article 50 has started a race against time to secure a deal that safeguards the future of the UK automotive industry. Government has committed to creating and supporting the right conditions for our industry to be successful. That means certainty in our relationship with our biggest market, tariff-free and open borders so products, parts and investment can flow freely, and continued influence over the regulation that governs the vehicles we build and drive. We will continue to work with government and our European counterparts but no deal is not an option. Now is the time for government to deliver.”

No deal at the end of the two-year negotiations would mean the adoption of World Trade Organisation (WTO) rules, the worst foreseeable outcome for UK Automotive. Current WTO tariffs are 10% for cars and 2.5%-4.5% for parts. SMMT has calculated that a 10% tariff would add £1.8 billion to the cost of fully assembled cars exported from the UK and £2.7 billion to those imported from the EU – which would add some £1,500 to the cost of every one sold in the UK. Such tariffs, as well as other non-tariff barriers and customs restrictions would put our industry at an immediate competitive disadvantage, inevitably hitting consumers in the pocket with price increases and reduced choice. Attracting investment whilst carrying these additional costs would be a major challenge, a challenge already visible with the current uncertainty resulting in reduced investment, down from £2.5 billion in 2015 to £1.66 billion last year.

Priorities for UK Automotive in the negotiations