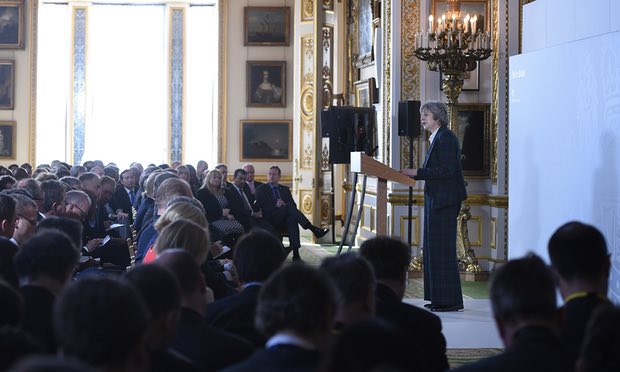 A plan of vacuous aspirations

On the 17th of January 2017 Theresa May, the unelected Prime Minister of the United Kingdom, took the unprecedented and extremely risky step of committing the UK to leaving the single market, which is likely to have significant detrimental effects on the UK.

It is not, however, a plan, coherent or otherwise. It is just a series of aspirations, which are quite likely based on delusional fantasies.

The points of her speech are dissected elsewhere, but here are the most consequential:

If this path is pursued then the consequences are very likely to be severe financial shock, felt most by the vulnerable and dispossessed, those who actually voted to leave, and the potential break up of the country. In a few years the country may be unrecognizable leaving us in a position from which there is no return.

Read the Observer‘s damning indictment on the speech, which also, wisely, calls for the opposition to get their act together. Brexiters no doubt will call this talking Britain down, but it is just being honest and realistic about the potential consequences. To be otherwise would be complacent, if not negligent.

The one chink of light is that Parliament will be able to vote on any arrangement at the end of the Article 50 negotiations. By then the negative consequences may be much more apparent to all and they can stop us from going over the “cliff edge”.