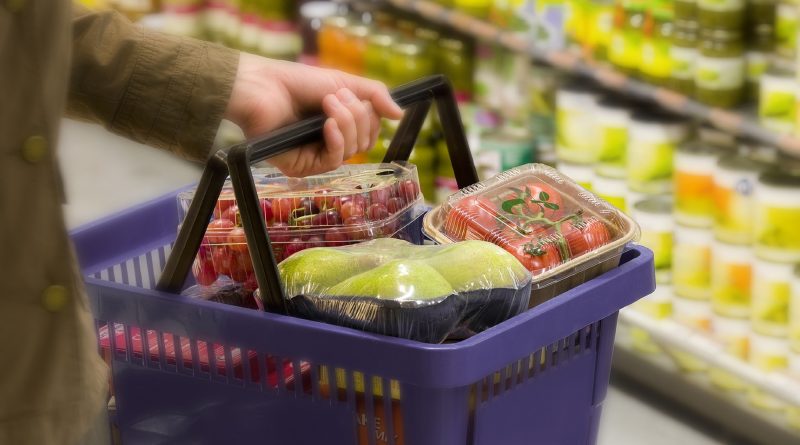 As the UK moves to trigger Article 50 to initiate the process of leaving the EU, the attention of many industrialists is naturally turning to the implications of incorporating established European law and Directives into UK law, and the consequences of what may ultimately be divergence of two sets of legal requirements. The unification of one set of industrial practices across 28 member states (plus a few others which subscribe but are not members), is one of the so-called non-tariff barriers, which have been a primary factor in simplifying the movement of goods throughout the European Single Market.

In a recent addition, the European Parliament has taken a plenary vote on waste legislation proposals around the EU Circular Economy Package. The vote of the Members of Parliament recognises the contributions of bioplastics to the EU circular economy and sends a clear signal that re-use and recycling remain of paramount priority in the pursuit of an EU circular economy while at the same time strengthening the bio-based economy in order to replace fossil resources and to drive the transition to a low-carbon, bio-based economy.

The global bioplastic packaging market was valued at $6142 million in 2015 and is expected to reach $25368.7 million by 2022, a CAGR of 32.7%, despite the huge complications in the production through agro-based raw materials. Packaging represents more than 50% of the biodegradable plastics market demand.

European Bioplastics (EUBP), the Berlin-based association representing the bioplastics industry in Europe, welcomes the positive outcome and support for the use of bio-based materials for the production of packaging and to improve market conditions for such materials and products. “This vote is an important milestone in strengthening the link between the circular economy and the bioeconomy in Europe. Bio-based and recycled materials are starting to be equally recognised as a viable solution to make packaging more sustainable and reduce our dependency on finite fossil resources”, said François de Bie, Chairman of EUBP.

In line with its ambitious goals to increase recycling targets and waste management efficiency, the Plenary also voted for amendments of the Waste Framework Directive that support a definition of recycling that includes organic recycling. A separate collection of bio-waste will be initiated across Europe, facilitated by certified collection tools such as compostable bio-waste bags. In addition, the MEPs have voted to exclude mechanically or organically recyclable waste from landfills. “This will provide an important boost to the secondary resource market within the EU. Bio-based mechanically or organically recyclable plastics support circular thinking by lowering carbon emissions, helping to reach recycling quotas and keep valuable secondary raw materials and renewable carbon in the loop”, added de Bie.

At the same time, so-called oxo-degradable plastics – conventional plastic materials with artificial additives that do not biodegrade, but merely fragment into small pieces that remain in and potentially harm the environment and endanger recycling and composting – are coming increasingly under fire in Europe. Spain has announced plans to ban the sale of lightweight oxo-degradable bags from 2018 onwards under a new law drafted by the Spanish agriculture and environment ministry. The law implements the EU Directive to reduce the consumption of lightweight plastic carrier bags. The draft also includes a minimum price on plastic bags above 15 microns and labelling requirements to aid the distinction of compostable bags from non-compostable bags.

The European Commission is currently undertaking an assessment on the impact of oxo-degradable plastics on the environment. As set out in the amendment of the EU Directive on packaging and packaging waste from 2015 “a set of measures to limit their consumption or to reduce any harmful impacts“ shall be proposed, if appropriate. The results will be presented in 2018, at the latest.

“We have long been warning about the risks of oxo-degradable plastics and called out the increasing use of false and misleading labelling and greenwashing practices of some manufacturers of these materials,” said Constance Ißbrücker, Head of Environmental Affairs at European Bioplastics.

According to Ißbrücker, biodegradability is an inherent property of a material or product resulting from the action of naturally occurring microorganisms, such as bacteria, fungi, and algae. The process produces water, carbon dioxide, and biomass. No additives are needed and no fragments remain in the environment. In the case of industrial composting, the requirements are clearly defined in internationally agreed standards such as EN13432, or ISO 18606. For biodegradation in other environments other standards can and should regulate the framework conditions and pass/fail criteria.

On the other hand, oxo-degradable plastics are commonly fossil-based, non-biodegradable polyolefins or polyesters (PE or PET), supplemented with salts of transition metals. These additives are supposed to enable the biodegradation of apparently non-biodegradable plastics. However, Ißbrücker says that to date no reproducible study has been able to provide satisfactory evidence for this, for example by measuring a significant amount of carbon dioxide evolvement, which is the standard indicator of and verification method for biodegradation.

Publications in support of oxo-degradable plastics have claimed about 60% biodegradation in two years, leaving the fate of the remaining 40% up to speculation. Apart from the comparatively long time span (EN 13432 requires 90% disintegration in 12 weeks and biodegradation of 90% within six months), there are serious implications: it is assumed that oxo-degradable materials only disintegrate and finally visibly disappear under the influence of light (UV radiation) and oxygen. But if no real biodegradation takes place simultaneously and subsequently, the process of disintegration results the formation of invisible plastic fragments, contributing to the ubiquitous environmental and health hazard of microplastics in the environment.

Another group of plastic materials supplemented with additives that are supposed to support biodegradation are so-called enzyme-mediated plastics. Naturally occurring biodegradation relies on enzymatic reactions initiated by naturally present organisms. The producers of enzyme-mediated plastics intend to emulate the process of biodegradation by adding enzymes to conventional polyolefins. So far no independent study or publication shows any positive results for such materials with regard to biodegradation, even though most of the producing companies are claiming that their plastics are 100% biodegradable or even compliant with accepted composting standards. These claims are often made not on the basis of conversion to carbon dioxide, but instead on the basis of mass loss, which Ißbrücker claims is no scientific proof of biodegradation taking place.

It is important to clearly differentiate between different concepts in this context: enzyme-mediated plastics should not be confused with recent promising research efforts focussing on a kind of enzymatic recycling. In the latter case waste of conventional plastics (such as PET or PU) waste are depolymerised through tailor-made enzymes. The obtained monomers can then function as raw material for the production of bioplastics such as PHA, which is biodegradable in numerous environments without the use of any supporting additives.